I never in a million years thought I could make such a dumb mistake, but I did. I locked my two year old twins in the car with my keys and my phone! This happened almost a month ago, and I’ve been too traumatized to write about it. I am horrified and embarrassed that this happened, but the way it went down warrants some attention because it could very easily happen to you too. And hey, if Carrie Underwood is brave enough to share her kid locked in a car story, then I am too! 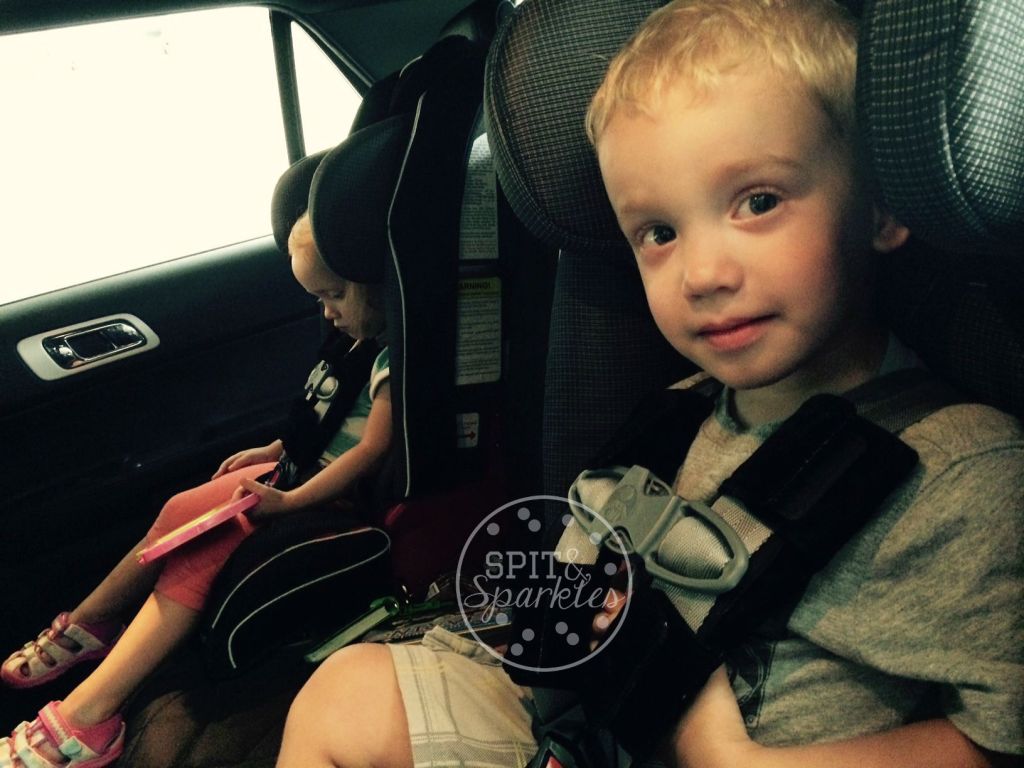 I actually recorded a video reenactment that you can watch below, but here’s the full story… One afternoon after nap time, I took Corbin and Lynley to a preschool assembly at the library. Parking was tough, so we ended up parking across the street from the building in a gravel lot with no shade. We were inside for about an hour and a half before we made it back to the car. This day in Austin, Texas it was about 92 degrees. I drive a black SUV with black interior, so use your imagination on how hot it was inside the vehicle! Luckily, I was “with it” enough to remote start the car before I locked the keys in, but this was still a very scary situation as the car will turn itself off after 10 minutes if the start button is not manually pushed from the driver seat.

So here’s how it went down…. We were walking all holding hands through the parking lot. I didn’t have my keys out of our backpack yet, (Mistake #1!) my car will unlock when I touch the handle if the keys are on my person. So the doors unlock, and I ask the kids to climb into their seats through the back passenger door. As they’re getting in, I think about how hot it is and that I should start the car and get them something to drink. To remote start the car, I first must lock the doors, which is not an issue because both the front and back passenger doors are open at this point. Next, I hit the remote start button and the car cranks. Usually, I would also press the unlock doors button, but since the doors were open I did not think about this step (Mistake #2!). After I started the car, I put the backpack in the front seat and grabbed the drinks out. I closed the front door. I buckled Lynley into her seat and gave her some water, then I closed her door so I could go around to the driver side to buckle Corbin in. Except Corbin’s door was locked when I made it around! And so was Lynley’s, and both front doors! Panic sets in. I check my pants pockets for my phone only to remember it’s in the backpack, which is locked in the car. Next, I waved down one of the only vehicles left in the lot and borrow their phone to call Derrick. After a few minutes, I finally get a hold of him only to learn he doesn’t have his spare key with him. Thankfully, his office is not far from the library and he heads our way. All the while, I am thinking… should I run down the street to the volunteer fire department? Should I break a window?

Since the vehicle was on and the a/c was blowing, I decided I would wait until Derrick got to us before doing anything. I tried all of the doors one more time, and then went to Corbin’s window to talk to them to let them know we’d be leaving soon. That’s when I realized that he wasn’t buckled! Praise God, I thought. “This kid can unlock the door. Maybe?? Please, Lord let Corbin hear me through this window.” I asked Corbin to climb into the driver seat, (the back doors are child locked) and like any normal two-year-old boy, he starts pretending to drive the car. I am frantically trying to get his attention, so I can direct him to the buttons on the door jam. Then I think, there are just too many buttons on the driver side. I ask him to climb to the other seat. He gets distracted by a snack cup of popcorn in the console and starts chowing down…. I’m almost in tears by this point, but I start laughing at how hilarious this situation will be to me once we are all safe again. So I get him to focus on me and another few minutes pass before he is able to pull the door handle enough to make the doors unlock. This happens seconds after the remote start on the car shuts off!! A few more seconds pass and Derrick pulls up beside us. He had been talking on the phone with emergency personnel, and thankfully we were able to cancel that call! 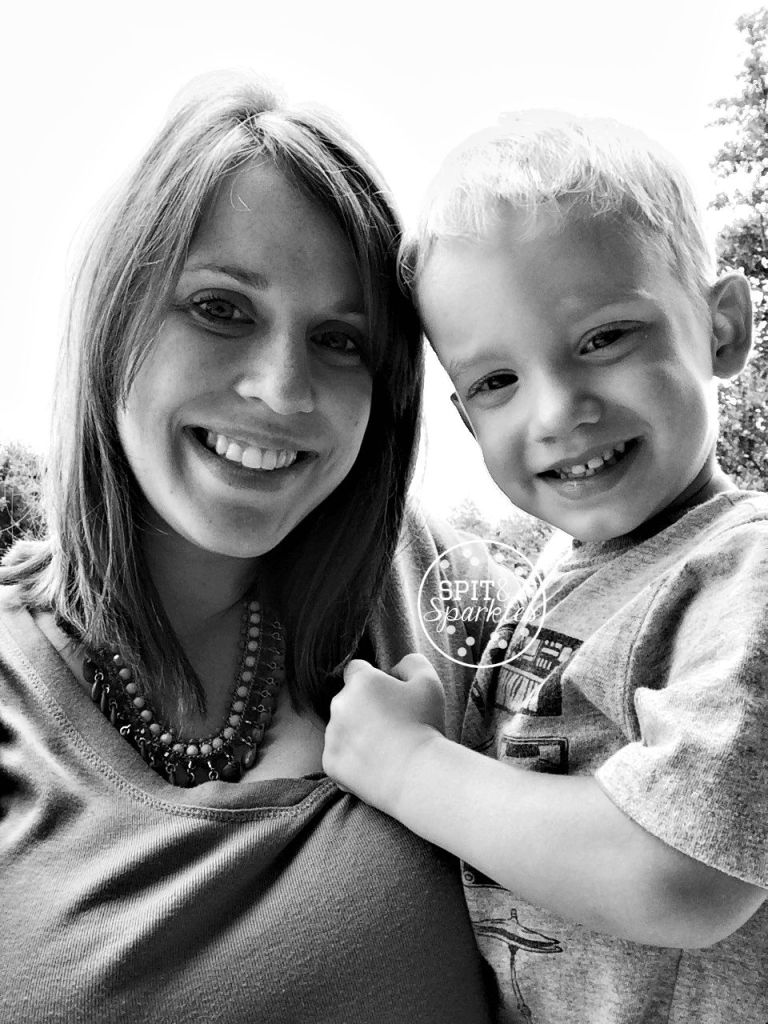 This day was absolutely the scariest day of my parenting life. Even more so than how frightening it was to deliver my twins 9 weeks early. I am so thankful for Corbin’s intelligence and obedience in this situation. And even though that darn remote start button is what got me into the mess, I am thankful the car was running if the doors were going to get locked. At least the kids were nice and cool for the entire 10 minutes this whole scenario lasted. So my advice… remember to hit the unlock button on your remote start after you use it! And better yet, keep your keys in your hand until you get to your door! I have a rubber bracelet on my key ring now that I use so my hands are more free to deal with the kids, etc. I will never put my keys in my car before myself again! I hope……

What’s your worst parenting moment? Please commiserate in the comments.

« The results are in & we’re having a….
Harper’s birth story- VBAC after twins »