As you know, last week we spent some time away from home on vacation with many of our family members. It was so great to be able to spend that quality time together. I debated on posting about our experience on our Royal Caribbean (RC) cruise in detail because much of it is not nice. I don’t want to be that ungrateful person who just went on a seven-day excursion to the Caribbean, when it’s a dream vacation for so many. I am happy that Derrick and I decided to go with the twins. We learned a lot from this trip, and I am grateful for the experience. I just have a long list of how RC can improve the experience for parents with children under age three!

We cruised on the Navigator of the Seas cruise ship, and little to our knowledge, it happened to be the one out of 21 ships that does NOT have a nursery on board. Yes, we checked in advance of booking this trip for childcare on the cruise. Derrick’s brother also has a toddler, so of course they were both diligent in that aspect, but they were misled. We read all of these great reviews about certified teachers who engage the children in educational activities. That is true, but on our ship, it was for age three and up. That was the first disappointment, but not to worry we thought. My parents had come along to help us out with the babies, so we thought we would still have some free time.

That free time was spent resting and trying not be sick! The weather was terrible most of the days at sea, and choppy waters made the boat rock a lot. I felt like the room was constantly spinning. In fact, as I type this, I feel like the room is spinning three days after getting off the ship! I did finally feel better, and we were able to attend a few activities, like Bingo, which I won! That was very exciting for me, as I have never won at Bingo. My grandparents were big Bingo fans, and my Pawpaw couldn’t wait for each of his grandkids to turn 18, so we could go with them. I was able to go with him a few times before he passed away, but I never won. I know that he was with us on that trip, and my mom and I had just finished a conversation about him when I hit Bingo. That was a great feeling!

Derrick was able to enjoy himself a bit too. He won first place in the adult Ping Pong tournament, and in Jamaica, he finished a hands-free challenge course. We loved eating at Johnny Rockets on board, and the milkshakes were heavenly! Derrick and I both agree that it would’ve been cool to live in the 50’s. We also had a pleasant time in Cozumel, Mexico. We went on a tour of the island and the Mayan ruins. I was not impressed with their shopping district, but I did enjoy Senor Frogs. Unfortunately, we did not make it to the destination we were the most excited about, Grand Cayman. Due to choppy waters, we couldn’t safely go ashore by ferry, so that day was spent at sea. (cue the spinning room!) During this unexpected day at sea, we continued to experience how rude people are, and how inconsiderate others are of people with babies and children. Derrick and I had to get up and leave our family, sit-down dinners twice without eating because after an hour and a half, our table back in the corner still had no food, while others had finished their plates. I also had to ask three times to get milk and bread for the babies. After that, we decided to eat at the buffet lines. It wasn’t any better. I have never had so many people rush on to an elevator in front of me and leave no room for the hungry baby who has been patiently waiting to go to breakfast. The rudeness didn’t stop there. I can’t count the number of people who cut the line for food, or made ugly remarks at me when I glared at them for stopping in the middle of the aisle while I’m carrying a baby and two plates of food. They deserved my glares, and instead of being pissy at me, they could’ve offered to help! I guess that not everyone was taught the manners that I was. The cruise employees sure weren’t either! I can’t put down someone who is just trying to do a good job, but I was incredibly annoyed with the housekeeping staff. They mentioned on day one that if we wanted our rooms made up, then we put a card in the door saying so. Otherwise, they would leave us alone. LIARS!! Hahaha I had to tell our attendant about four times daily that I did not want service yet. Corbin and Lynley nap twice a day and go to bed by 6:30pm, so I kindly requested that all personnel stay out of our room unless we asked for something. Must of been a language barrier because they did not understand that kind request or my DO NOT ENTER note on the door, or my multiple, stern (borderline berating) requests to leave us alone after they woke up sleeping babies not once, but FOUR times! Imagine a sleeping baby in a dark room awoken to a slamming door and sudden light.

Poor Corbin was scared to death! That happened two times after 7:00pm for a maintencane guy to change a light and the mini bar guy to refill the stuff that we were not even using. And, I can’t forget the lady who banged on the door at 9:00pm to give us some diapers we ordered to be delivered to the room next door in an effort to avoid another screaming incident. There was just no privacy. I realize that all cruises are not as unpleasant as this one. We just got on a bad one. I can’t say that we will never try again, but there is absolutely no desire to that again anytime in the near future!

Have you cruised with children before? What were your experiences?

P.S. I forgot to mention that the trip ended with ear infections for BOTH babies! Ahhhhh 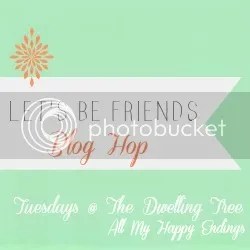 « 871 Days: A Twin Dad’s Perspective {Guest Post}
How to Entertain Babies Through the First Year »